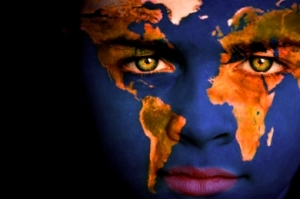 Internet, media, planes  , international business and embassies, these are just few examples of Globalisation and there are more , so what is Globalisation? Globalisation is a process of interconnection between the whole globe which started in the 1960s .
This process helped in the developing of the world on many basis, economically , politically and Socially. Economic wise, globalisation helped in moving capitals , made trade and global investments between countries easier. Socially, what is right to be done here is not right there , people became more aware of the cultures differences and diversity around the world. Finally political wise,  we can say power is more describable now. How other governments act? And what are the policies that have been used to operate? “De Solu Pool (1990), we have to accept the political, social and cultural changes that new technologies bring in their wake.” (Street,2001)

On the other hand, many criticism went around it. Economically , it helped to raise unemployment in some parts of the world as major companies are found cheap. Paid employees in some countries such as China and India , for example if you call  Three company , which is based in the UK you well notice that you have been answered by people with Indian accent . The criticism socially, was on what bases should the whole world except the new changes and the implication that those changes came from the West and it’s not a privilege to follow it.Politically, governments were not sure of the globalisation effect on the way they govern, of course media had most effect on the governments.

Nowadays, you can travel around the world without the need to leave your home and it is all because of the media. Media is one of the globalisation forms ,which helped in many ways in educating people and raising awareness among them,without media we wouldn’t know about the major international events around the world.

For start, globalisation brought to us radios moving to televisions and now we don’t have these only , we have world wide web ( Internet) and social media  can we miss anything now? We are updated 24/7. For Marshall McLuhan the world is becoming a “Global Village” because of the media.

The events chain of Arab spring can be described as a globalisation signs as well. The fact that the citizens of those countries were able to compare how their governments operate to other governments around the world ,made them demand more diplomacy and more freedom.

Many debates raised throughout the time around globalisation and media in particular ,and its effect on the world. Is it making the world as one?Can we call the whole world ’Global village’?And is it going to be acceptable or not? The world lives in unstable environment, in a world that is in a continuous change if the world is becoming a global village that yet will be seen in the future.

2 thoughts on “Globalisation : Is the world becoming a global village?”